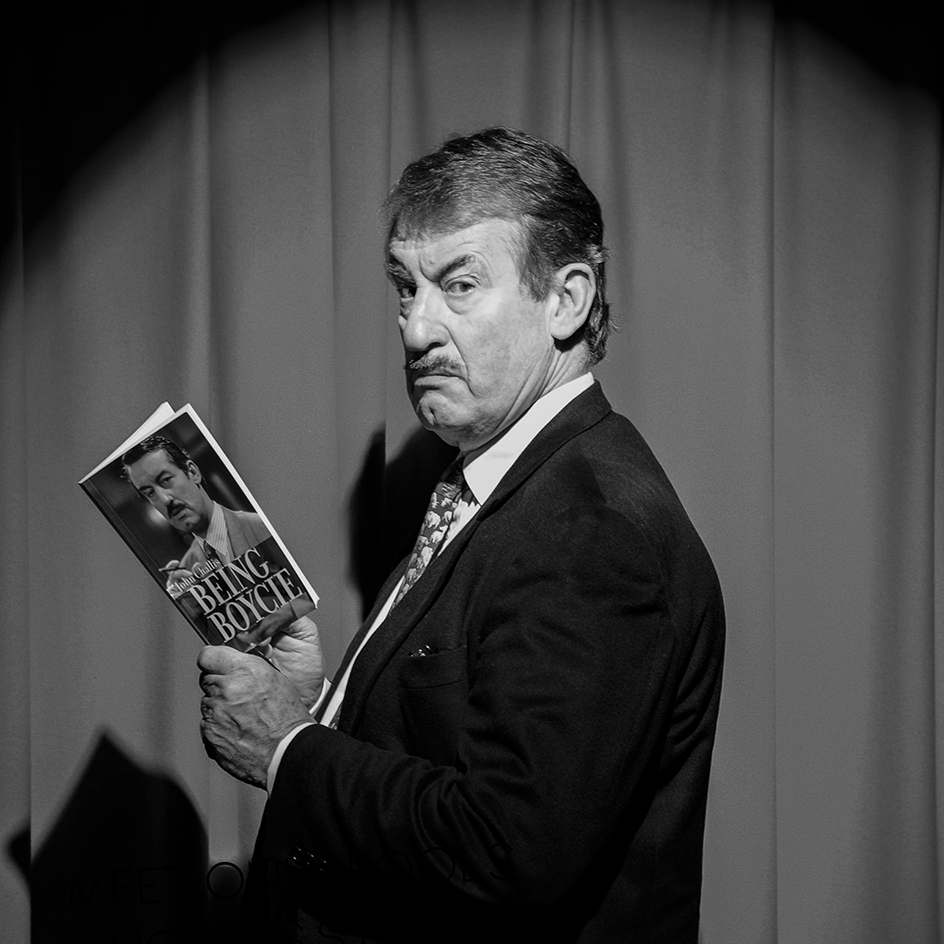 Only Fools and Boycie

With John Challis's spring tour postponed, fans bombarded his host, Carl Jones, with questions that they'd planned to ask. And in this one-off podcast, John Challis took his popular 'Ask Boycie' session online, so that he could respond to fans. Check out what he has to say about Only Fools and Horses and other questions - then make sure you buy tickets for one of his forthcoming shows. They've all been rescheduled to Autumn, when you'll be able to meet John Challis at a venue near you.

Enjoy an intimate evening with John Challis, one of the nation's greatest comedy actors, best known as Boycie in BBC1's Only Fools and Horses. In this one-off show the national treasure will reveal secrets from the set with stories and anecdotes from his dazzling career.

Having worked with some of the biggest names in show business, he'll be spilling the beans about Only Fools and Horses co-stars like Sir David Jason and Nicholas Lyndhurst and friends and fellow performers like The Beatles, The Rolling Stones, Oliver Reed and George Best. He’ll also recall tales from his time in Dr Who, Coronation Street and other TV classics.

Mr Challis will also meet fans after the show to sign autographs and pose for pictures, while signing copies of his autobiography, Being Boycie, and novel, Reggie: A Stag At Bay.