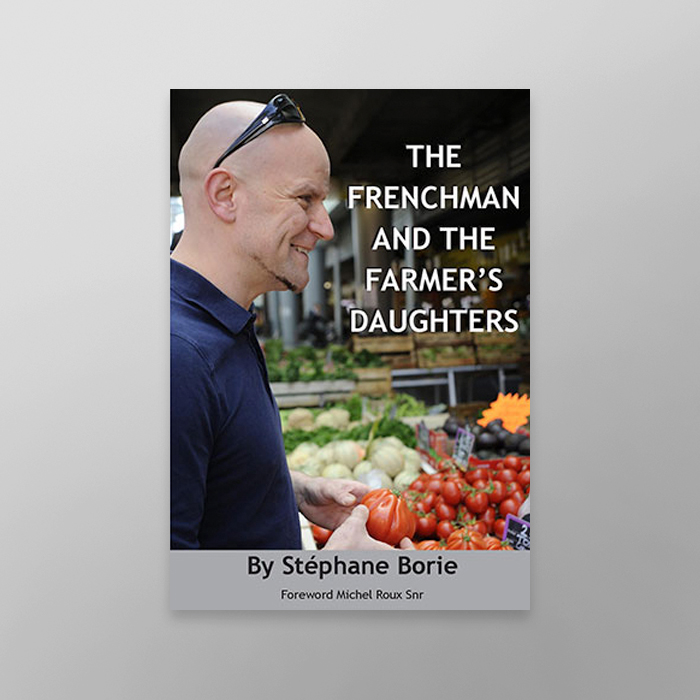 The Frenchman And The Farmer's Daughters

By Stephane Borie
With Foreword by Michel Roux, OBE

Featuring elegant recipes that combine the best of French classics with regional Welsh cuisine from the one-star Checkers Restaurant, this is an essential purchase for foodies, guests and chefs alike. Stephane became the chef-patron of Checkers Restaurant, at Montgomery, in Mid-Wales, having made his mark at the three Michelin star Waterside Inn and having also served as head chef at the two Michelin star Le Manoir Aux Quat Saisons, under Raymond Blanc. He won his own Michelin star within seven months and his restaurant with rooms continues to thrive. This lavishly photographed book tells Stephane’s story and features photographs taken on location in France and Montgomery. There are also recipes for sumptuous dishes that home cooks can recreate.